The Great South of Western Australia

I recently had the chance to judge the RSM Bird Cameron Timber Towns Wine Show and took the time to explore the region. First impressions were fantastic and the wines are there, as well great food and country hospitality.

Very few quality food and wine regions share the isolation of the deep south of Western Australia. Their food produce appears on your shelves as Genuinely Southern Forests or Manjimup or Pemberton on your wine labels.

Anyone with a love of Australia and truffles would be well served to visit in the season. On the tasting bench it has been obvious for a decade that the region produces great quality wine so a visit was long overdue.

I had been especially interested since Larry Cherubino said, “All the region needs a large population and it will become one of the premium wine centres of Australia.”

It is not just distance but climate that makes theirs a special story. In wine terms the four hour drive from Perth transports you from rich red wine country equal to Northern Spain to a crisp climate similar to Paris or Dijon in Burgundy when you arrive in Manjimup, ideal for producing sparkling, fresh whites and pinot noir. The journey in wine taste is joined by regional food flavours that match the wines and taken together deserve to be recognised as one of the great Terroirs of the southern hemisphere.

My host the indefatigable. Monica Rado as the locals call her was Monica Radomiljac, the owner of with husband David of Pemberley a mixed potato cattle and most importantly high quality Sauvignon Blanc, Pinot Noir and Chardonnay vineyard.

The white varieties are the mainstay but reds are increasing important. The standout years are 2012 and 2014 while whites have been consistent from 2010 onwards. Interesting in terms of 2017 they are also experience a delay in ripening with this year seeing a larger make of sparkling wine than any year recently.

Lost Lakes Ashley Lewkowski has been making wine since 2001 with both a viticultural and winemaking background and experience of many different vineyards and philosophies he is both a participant and an informed commentator, as well as a firm believer in the benefits of organics and being in touch with the environment.

Mark Aitken from Woodgate Wines sees the role of Pemberton and Manjimup as complimentary but different to Margaret River in Australia’s wine future. Mark told me, “Altitude makes Southern Forests different to Margaret River; here the 400 metre average altitude is roughly twice the height of Margaret River. The altitude and inland location increases diurnal (daytime/ night time) temperature ranges which is favourable for flavour development by lowering maximum growing season temperatures which allows tricky grapes like merlot and cabernet franc to be grown on soils that are deeper and richer than Margaret River.”

“There are similarities if you look at Bordeaux and the cabernet sauvignon dominant left bank and the merlot cabernet franc dominant right bank. There is a case to be made that there are similarities in Western Australia with Margaret River being the left bank and the Southern Forests the right bank with its higher altitude and wet soils around St Emilion and Pomerol where cabernet franc and merlot find their spiritual home.”

Says Mark, ”Red wine quality is critical to the future. The need for good consistent wines has seen the regional front runners being shiraz, merlot, and they are now finding excellent parcels of cabernet franc which goes hand in hand with merlot. Having a go with pinot noir – we are at the warm end of cool and produce more robust styles here. Shiraz is distinctive it may be peppery; this is vintage dependant though with recent seasons tending to be more towards dark plum and earthy spices.

The region’s strength to date is as a recognised source of quality chardonnay and especially sauvignon blanc and semillon, in that order as sauvignon blanc is more widely planted and therefore more important to the region plus the ability to offer better value and prices than Margaret River based wineries. Quite often during tastings for the Australian Wine Vintages book and app former Treasury Wine Estates winemaker Charles Hargreaves noted that “Manjimup and Pemberton sourced wines offer Margaret River quality at Great Southern prices.”

As wine region they share the crown as some of the planet’s most distant wine regions from their capital cities with the Chinese region of Gansu which is just about in Mongolia, camel country. Well worth the visit Standouts for me are Woodgate, Lost Lake, Pemberley and Silkwood. 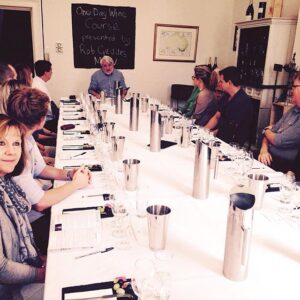 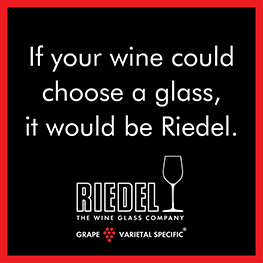